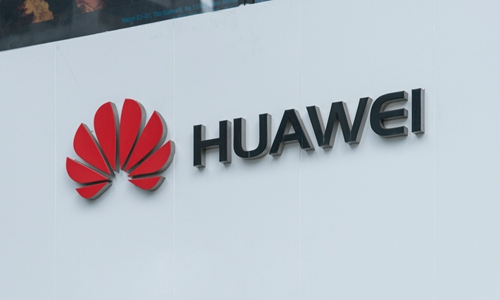 The US Department of Justice filed new charges against Chinese tech giant Huawei on Thursday. This time, the choreographed accusation is “racketeering conspiracy and conspiracy to steal trade secrets,” “using fraud and deception to misappropriate sophisticated technology from US,” and violating “the Racketeer Influenced and Corrupt Organizations Act.” The charges also “reveal Huawei’s business in North Korea and assistance to the government of Iran in performing domestic surveillance.”

The Wall Street Journal commented that “another front in the Trump administration’s battle against the Chinese telecommunications firm” has been opened. It’s clear that the US accusation was made out of political reasons, rather than law enforcement.

It is really not a glorious thing that the world’s most powerful country is abusing its state power in a “fight” against a private Chinese enterprise. Not surprisingly, the US has still not offered any evidence to support its charges. Huawei responded on Friday, calling the US move “both unfounded and unfair.”

The new allegation against Huawei means US measures to suppress Huawei had entirely failed. If the previous measures had worked, the US would not have to find excuses to bring new charges against Huawei. Huawei has survived the US comprehensive suppression worldwide. Huawei’s 5G competitiveness has not been weakened, nor has its market shrunk. Isn’t this the US failure?

The US also knows that it cannot contain Huawei alone. Reality has repeatedly proven that Huawei can survive even without the US. In the past few years, Washington has been intimidating other countries, trying to make them reject Huawei. But no matter how hard the US tries, it just cannot pull an anti-Huawei frontline.

In this issue, the attitude of US allies says a lot. After the UK and Germany, France on Thursday said it would not bow to American pressure to exclude Huawei from supplying equipment for its 5G networks. Everybody knows US accusations against Huawei are unwarranted and US suppression of Huawei is out of malicious intent. But if other countries ban Huawei, it will jeopardize their own interests. Will the US compensate their losses? Definitely not.

The US crackdown on Huawei is doomed to fail. Such naked unethical and unjustified economic bullying, if exploited, will move human civilization backward.