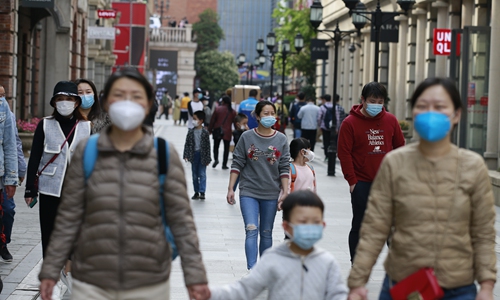 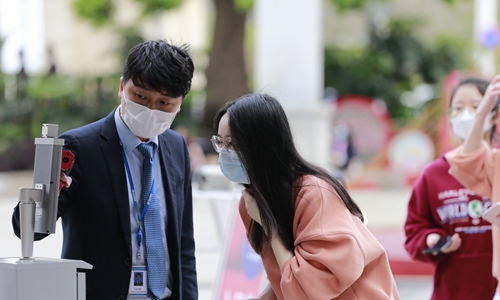 With Wuhan in Central China’s Hubei Province lifted lockdown on Wednesday after a more than two-month-long lockdown, a documentary composed of 112 short videos shot by more than 70 residents in the city has captured Chinese netizens’ hearts.

Wuhan 2020: How we fight COVID-19 was produced by Tsingying Film, a film studio consisting of students and faculty members at China’s Tsinghua University.

It has attained more than 33.3 million views on the studio’s account on China’s Twitter-like Sina Weibo since its release on April 2. The studio also uploaded a version with English subtitles to its YouTube channel.

The 18-minute documentary is a collection of short videos uploaded by netizens to Chinese short video platform Kuaishou. It starts with people buying breakfast at traditional street stalls and then a grand celebration as tens of thousands of people gather at the city’s Hankou River bank for a New Year’s Eve countdown concert. However, the mood shifts as it transitions to the outbreak of COVID-19 with scenes showing a shortage of masks and hand sanitizer to a woman who breaks into tears upon hearing the song “Children of Wuhan” playing at a supermarket.

The film coherently connects the seemingly separate stories by different individuals, mapping out the time line of the COVID-19 outbreak in Wuhan and its impact on people’s lives in the city.

Most netizens commented that they were deeply touched by the documentary in that it revealed the real face of Wuhan amid the outbreak by showing true stories told by the people.

The documentary has a post-credits scene specially dedicated to the late Li Wenliang, one of the eight “whistleblowers” who tried to warn other medical professionals of the coronavirus outbreak but was reprimanded by local police. Li later died on February 7 after contracting COVID-19.

“Actually, it was Li’s death that led to our decision to make the documentary. Everyone around us was paying tribute to him in their own way, making us feel even more strongly about the need to document all of this,” Fu Manfei, the film’s co-director, told the Global Times on Tuesday.

Sun Hong, another co-director, echoed Fu’s view, saying she regards the documentary as a method to “use images to fight against forgetfulness.”

“When the pandemic ends, will all of this be quickly forgotten? Will it be hard for us to see the entire picture by looking back at the media reports, the numbers, the short videos? We hoped to freeze these touching moments and knit these morsels of information together in a documentary,” Sun explained.

Close to the ending of the documentary is a video of a stray cat jumping down from a trash bin. “Spring has arrived. The cats will yowl to attract mates again. This white cat here has come out looking for food,” says the man shooting the video.

“The pandemic will surely come to an end. Spring will always arrive after a period of waiting. But will seeing its arrival be enough? Of course not. Those lives lost during the winter, the painful suffering shall never be forgotten… Our choice of paying such a solemn tribute [to Li] at the end serves as a warning. Only by not forgetting can we say that we didn’t suffer for nothing. Those who lost their lives didn’t die for nothing,” said Fu.

Near the end of the documentary there is a line of text that reads: “May we all be blessed with longevity. Our hearts are connected to Wuhan, though we are miles apart.”

This is an adaptation of a line of poetry from the famous Song Dynasty (960-1279) poet Su Shi, “May we all be blessed with longevity. Though thousands of miles apart, we are still able to share the beauty of the moon together.”

The poem stresses the power of friendship to surpass the barriers of distance.

Rapidly spreading across the world, COVID-19 has developed into a global pandemic since the studio first decided to make a documentary in early February. As Wuhan has gradually recovered from the outbreak, the hearts of the members of the studio, like the hearts of the rest of the Chinese people, go out to those who are still greatly affected by the pandemic no matter where they are in the world.

“Humans are equally fragile in the face of disaster, but we are also equally strong. The borders between countries would not be barriers to spreading warmth or the glory of humanity. The documentary records the moving moments from numerous ordinary people, and such feelings do not only belong to Wuhan, or China. It is shared by people across the world who are fighting the pandemic. This beautiful wish for longevity is for the entire world,” said Fu.