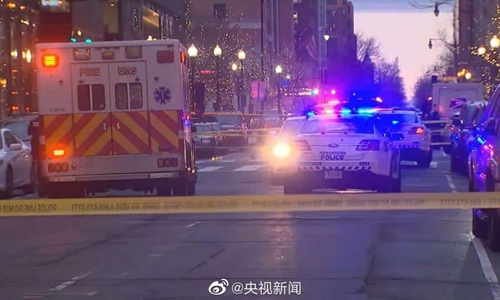 A man was shot dead after a shooting on Thursday evening in downtown Washington D.C. and a suspect has been taken into custody, said the authorities.

The suspect was hit once, either in the hand or arm, said Newsham.

The victim was shot multiple times and died later in a hospital. No officers were injured, and the suspect has injuries that are not life-threatening.

“(A) shooting in this area is very unusual; this is a very, very safe part of town. This was what appears to be a very brazen act by a violent offender,” Newsham said. “Thankfully, our police officers were close enough to ensure that this person was quickly taken into custody.”

The investigation is still underway.