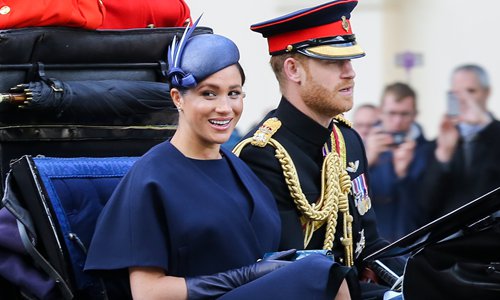 Queen Elizabeth II has reluctantly agreed to her grandson Prince Harry and his wife Meghan’s wish for a more independent future after the royal family held crisis talks on Monday to resolve a widening rift among the Windsors.

Harry and his American actress wife will now begin a “period of transition” that will see them split their time between Britain and Canada as they also seek a lifestyle less encumbered by royal duties and to end their reliance on public funding.

It comes after what the 93-year-old queen described as “very constructive discussions” between herself, Harry, his elder brother Prince William and his father and heir to the British throne, Prince Charles, at the monarch’s rural Sandringham estate in eastern England.

A final decision on the future of the couple, officially the Duke and Duchess of Sussex, will be determined in days, she said in a statement.

“My family and I are entirely supportive of Harry and Meghan’s desire to create a new life as a young family,” Elizabeth said.

“Although we would have preferred them to remain full-time working members of the Royal Family, we respect and understand their wish to live a more independent life as a family while remaining a valued part of my family.”

The statement was highly unusual both in its informal tone and its personal nature, addressing the couple by name rather than by their titles.

Meghan, who is currently in Canada with their infant son Archie, had been expected to join Monday’s discussion by telephone.

The royal crisis was triggered when Harry, 35, and Meghan, 38, publicly announced last week that they wished to step back from royal duties and spend more time in North America.

Although there had been initial discussions about their future, neither the queen nor Charles were consulted beforehand, a step seen as hurtful and premature by a family whose roots go back through a thousand years of European history.

It also exposed suspected divisions in the Windsor family and prompted soul-searching over what it means to be royal in the 21st century.

As one of the world’s most glamorous couples, Harry and Meghan have also made clear that they were struggling with the intense media scrutiny.