Political leaders from across the world have expressed their confidence in China’s efforts to fight the novel coronavirus, saying China will achieve greater social and economic development after winning the battle against the epidemic. Staff members cheer for themselves after putting on protective gears in a laboratory in Hefei, east China’s Anhui Province, Feb. 13, 2020. (Xinhua/Zhang Duan)

The CPV and the Vietnamese government and people will continue to do everything in their capacity to cooperate with China and support its fight against the epidemic until the final victory, it added.

Sheikh Hasina Wazed, head of Bangladesh’s Awami League and Prime Minister of Bangladesh, said in her message that following directives of General Secretary of the CPC Central Committee Xi Jinping, China has quickly mobilized resources to build makeshift hospitals and treat those infected in specific facilities.

China’s efforts have effectively contained the spread of the virus, which is highly admirable, she said. 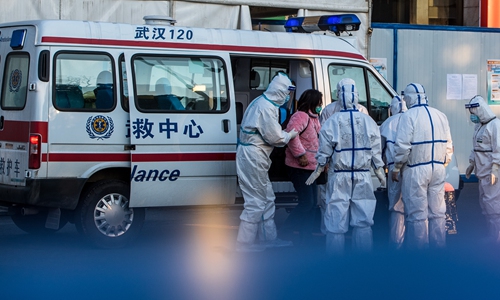 He also expressed his confidence that the Chinese people will win their fight at an early date under Xi’s strong leadership. Meanwhile, the Lao side opposes any ill-intentioned smear campaigns targeting China using the pretext of the epidemic.

For his part, General Secretary of Sri Lanka’s Communist Party D.E.W. Gunasekara said that Chinese leaders have decisively resorted to all resources and measures to effectively contain the spread of the virus, which threatens the life of people in China and even beyond.

Gunasekara expressed his appreciation to the CPC for its contribution to human causes, adding that he has witnessed the leapfrog development of the Chinese economy in the past four decades, and firmly believes that under the leadership of the CPC, China will eventually win the battle against the epidemic and revive its economy.

Sophia Shaningwa, secretary-general of Namibia’s ruling party South West Africa People’s Organization, said that the Chinese nation keeps forging ahead despite having experienced difficulties and hardships, and the current epidemic will only make the Chinese people stronger and more united.

We will firmly stand together with the CPC and the Chinese people and we believe China will surely overcome the challenge, she added. 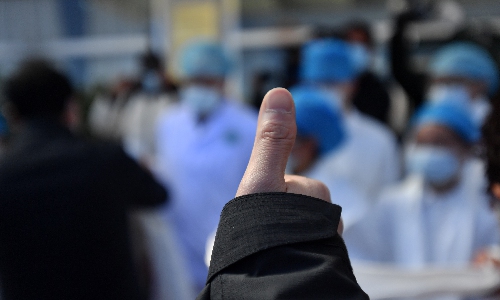 A cured patient thumbs up to medical staff at the Third People’s Hospital of Tibet, in Lhasa, capital of southwest China’s Tibet Autonomous Region, Feb. 12, 2020. (Xinhua/Chogo)

Binalf Andualem, head of Ethiopian Prosperity Party Main Office, said his party stands resolutely together with the CPC and the Chinese people, and firmly believes that the CPC and the Chinese people will win the battle against the epidemic soon, adding that the recent positive changes in the epidemic situation have also intensified our confidence.

Former Egyptian Prime Minister Essam Sharaf said that the Chinese people are rallying around the CPC, and showcasing China’s strength to the whole world through actions.

The epidemic will by no means destroy China, but will make it stronger instead, he said, adding that China will become more powerful after the crisis.