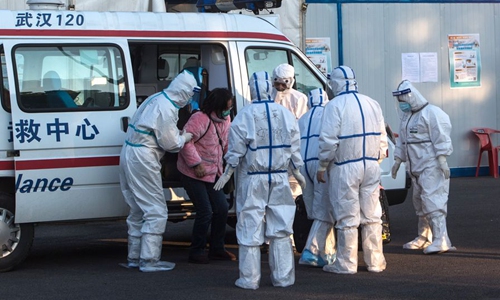 The nightmare of a SARS-like coronavirus returned to China, causing over 55,000 infections and killing more than 1,300 so far. The outbreak has also raised questions about what should have been done by the provincial-level government to prevent such a huge crisis and what challenges it has brought to re-examine the country’s top-down emergency responding mechanism by fixing loopholes.

Two top officials from Central China’s Hubei Province, where the epicenter Wuhan is located, have recently been removed from their positions after a series of problems occurred amid the outbreak of the novel coronavirus pneumonia, officially known as COVID-19, which started from a local seafood market in early December but spread to not only all the provinces and municipalities in the country but also outside China.

Chinese President Xi Jinping urged on Friday to work on shortcomings exposed amid the outbreak, improve the prevention and control system against major epidemics as well as the country’s public health emergency and management system.

Many questions have perplexed people, including why the first case of infection was reported in early December but local authorities have not come up with effective measures, why the public health emergency management mechanism did not fully work out in the post-SARS era, and how authorities missed all the “golden moments” to save as many lives as possible.

“The outbreak exposed problems embedded not only with our governing mechanism but also the mentality of officials that has been falling behind the requirement of a modern country’s development,” Jiang Shigong, a law professor at Peking University, told the Global Times on Friday.

The spread of the deadly disease could be divided into two stages, Jiang said, noting that the first stage was before January 20 – a diagnosis and decision-making period that was critical to finding problems, which local officials and some experts dispatched by the Chinese Center for Disease Control and Prevention (CDC) failed to fully disclose the seriousness of the situation.

After some cases of infection related to the seafood market were exposed in December, Li Wenliang, a local doctor also considered the “whistleblower,” disclosed the information of  a SARS-like disease occurring in the city in late December, and the first batch of CDC experts arrived to investigate the case with authorities in Wuhan on December 31.

However, from December 31 to January 17, the local health authority neither reported the fact that the disease could be transmitted human-to-human nor the number of new infections. Li, as well as seven others, were reprimanded by local police for spreading “online rumors” while more infection cases occurred, especially among medical staff.

Gao Fu, head of CDC, also suggested at an earlier stage of the outbreak that the virus did not show any sign of human-to-human transmission, but he said in research papers published in the New England Journal of Medicine there was a case of human-to-human transmission in mid-December, according to media reports. Such contradictory claims on this matter also sparked public doubts about whether top-level experts sent by CDC hid the facts or were too conservative to make the correct judgment.

“That is a retrospective analysis, we don’t know what the disease was in mid-December,” Gao was quoted as saying in local media reports, in response to the online debate. He said the public confused the research paper with clinical diagnosis.

“How did doctors, experts from central and local authorities, including those top medical advisors, decide and make suggestions and report this situation to the central government? The detailed process is unknown but there are two points to be highlighted,” Jiang said, noting that frontline doctors in Wuhan had realized the seriousness of this virus and experts dispatched from Beijing had identified it, who also published papers about it in foreign journals. 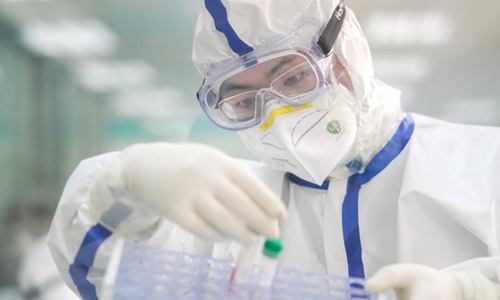 The crisis, which occurred with repeating patterns like SARS, was not caused by certain people but triggered by a decision-making mechanism, as local policymakers abandoned the principle of seeking truth from facts, delaying a response and stressing other factors over sticking to the scientific and fact-driven evaluation.

“Amid a national outcry of accountability, we also see how experts from the CDC at the Wuhan city level as well as Hubei provincial level pass the buck to each other,” Jiang said.

The top CPC discipline authority has urged strict law enforcement in the COVID-19 battle, and officials who fail to fulfill their duties must be held accountable. More efforts should be made to correct bureaucracy and formalism in Wuhan and Hubei.

The announcement came after two senior officials at the provincial and city level were replaced on Thursday, who were the first two ministerial-level officials removed since the outbreak.

Zhang Ouya, a senior reporter from official Hubei Daily, called for a reshuffle of the top officials in Wuhan on January 24, the day after the city lockdown, on his Sina Weibo account.

“Considering that the current epidemic situation has become more severe and is expanding rapidly, the reigning leaders of Wuhan are not competent and should be immediately replaced for the sake of Wuhan!”

The Hubei Daily media group then contacted Zhang and he deleted the post. “The incident has no influence on me. I now work and live a normal life,” Zhang said on Friday.

As a senior reporter who had covered SARS outbreak in 2003, he told the Global Times on Friday that he first noticed this so-called unknown pneumonia on December 31, and his intuition was telling him that this must be an unusual disease. He said he posted four messages on WeChat, looking to attract more public attention and hoping that local authorities could adopt stricter and more decisive measures.

Despite repeated warnings from local doctors, the local health authority reported zero infections during the provincial-level two sessions, important political meetings, from January 6 to 17. On the day the meeting ended, it began reporting new infections, with four new cases reported on January 18.

Zhang told the Global Times that the reshuffle of officials in Wuhan and Hubei as well as quick measures taken in recent days have encouraged local residents in Wuhan, and taking clinically diagnosed patients and releasing the confirmed cases also helped dispel concerns.

More local residents in Wuhan and Hubei began realizing the seriousness of the problem on January 20 after Zhong Nanshan, the central government’s medical adviser, told a TV program that COVID-19 has a human-to-human transmission, which was widely seen as a turning point which put the whole country on alert. Three days later, Wuhan authorities enforced the city lockdown, the first time in the history of the People’s Republic of China.

After the lockdown, local residents, doctors and nurses, as well as other frontline employees, faced a lack of supplies such as masks and protective suits, without a proper preparedness to the crisis, which also reflected incompetence, bureaucracy and formalism.

Some grassroots officials were pushed to submit files repeatedly on local residents’ personal information, health condition and the number of confirmed or suspected cases.

A source close to the local government office told the Global Times anonymously that it was when the superior government requested its subordinate units to provide the information, did they start formulating their own files (most of them were similar in questions but different in style) and asked community workers to gather the information. So these workers were busy filing different files rather than solving actual problems for the public.

Meanwhile, many grassroots officials could not understand the questions on the file and found them difficult to answer, especially in checking resident’s medical symptoms.

Some doctors in Wuhan have been facing the same issue. For example, local officials were asked to take a tour and inspect the work at Wuhan Union Hospital, a designated place to treat coronavirus patients in mid-January. “I suggested to some senior directors that maybe they could ask them to arrange such a visit next time, as no one here was available to take care of them. Everyone was busy rescuing patients,” a doctor from Wuhan Union Hospital who preferred not to be identified told the Global Times on Friday. “If they come, they would use a batch of suits.”

The official Xinhua News Agency also made a public commentary recently, claiming that “filling forms can’t scare away the virus.” At the meeting of the Standing Committee of the Political Bureau of the CPC Central Committee, Xi, general secretary of the CPC Central Committee, stressed that in epidemic prevention and control work, we must resolutely oppose formalism and bureaucracy and allow grassroots officials to devote more energy to the frontline of epidemic prevention and control.

Since the Wuhan city lockdown, the central government has been calling for all-out efforts to fight the epidemic, motivating the whole country to support the epicenter. Xi, as commander of this war, called multiple meetings, heard reports, made important instructions on the prevention and control work and discussed the topic with foreign leaders, Xinhua reported.

He also chaired a meeting of the Standing Committee of the Political Bureau of the CPC Central Committee and demanded that epidemic prevention and control be taken as the most important task, Xinhua said.

Fighting the battle remains the top priority for the central government. A central government team guiding the epidemic control work was dispatched to Hubei to study the situation, probe issues exposed and hold derelict officials accountable. Meanwhile, provincial-level administrations have been mobilized to offer support to Hubei cities, reflecting the country’s solidarity amid the crisis, analysts said.

“After the decision is made and the whole country mobilized, our system’s advantages could fully play out,” Jiang said.

Once the central-level decision-making is initiated, China’s institutional advantages, such as the power of mobilizing, will play out, which also shows that its decision-making mechanism has the ability to adjust quickly in correcting mistakes, holding officials accountable and fixing the loopholes, analysts noted.

The speech made by Xi on Friday urging an improvement in the public emergency system is a significant reflection of this ability to adjust and re-examine the matter.

“Since the 18th National Congress of the CPC, the central authority has always been putting enhancing national governance as part of priorities,” Jiang said, noting that improving full-scale governance is also part of the target.

Barbershop biz starts to resume for ‘haircut’ fest amid COVID-19

China rolls out measures to care for medical workers

China focuses on resumption of delivery