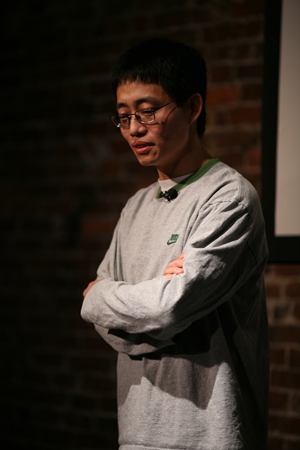 US President Donald Trump’s use of the term “Chinese virus” when referring to COVID-19 has been followed by an increase in virus-related racist and xenophobic attacks targeting Asian Americans. Chinese-American comedian Joe Wong has been fighting such racism and he does not plan to stop.

Born in China, Wong went to the US to study in 1994. He moved to Boston and started his career as a comedian in 2001. After making appearances on major TV shows, he began attracting nationwide attention.

“It’s not easy for me, a comedian, who tells jokes, to talk about these heavy issues. But we have to now,” Wong said in an exclusive interview with the Global Times on Monday.

“I think the coronavirus exposed a lot of anti-Asian racism in America in a very ugly way,” said Wong.

He noted first that the media kept using Asian faces on almost all of their coronavirus stories. And then as the pandemic got out of hand in the US, there followed hate crimes targeting Asian Americans.

suffering of Asian Americans from virus-related crimes by insisting on using the term “Chinese virus.”

It doesn’t seem that Trump will apologize anytime soon. Even though he tweeted a call to protect Asian Americans on Monday and said on Tuesday he won’t use the term anymore, he has repeatedly said the term is “not racist at all.”

“I think it [the coronavirus] is the biggest crisis that America has faced since 9/11,” said Wong.

A Mulan poster was defaced in Pasadena, California, an Asian American actor was the target of racial slurs in that same state and there was a racially motivated stabbing attack in Texas. Looking back at these horrible attacks, Wong called Trump’s use of the term “Chinese virus” hate speech that has put Asian Americans’ lives in danger.

While Wong has been calling Trump out on Twitter about using the term “Chinese virus” and racism that emerged amid COVID-19, he was bombarded by attacks from Trump supporters, and people telling him that he’s making too big a deal out of this.

“The biggest concern is people’s lives. It’s very worrisome for a head of state to use this kind of racist remark. You know that’s how the holocaust happened. This is not sensationalism. It forebodes really bad stuff that could happen later on when the pandemic gets worse. We just have to step up on our own to attack bigotry and racism and to raise awareness on this issue. Because this can be easily ignored when politicians are fighting over who takes the blame,” Wong said.

Voice for the voiceless

The Jewish community was among the first to show solidarity and oppose racism against Chinese-Americans when China was at the height of the COVID-19 outbreak. As Wong noted, some members of the Jewish community have been reaching out to him and showing support for Asian Americans on social media.

“People recognize this could be a grave danger for Asians in America,” he said.

Meanwhile, Wong also pointed out that not many Asian American celebrities have stepped up to discuss the matter.

“It might hurt their job. I understand it. Sometimes, your co-worker is racist. Your boss is racist. The worst scenario I saw, sometimes your spouse is racist… In that situation, it’s hard for them to speak up, when your job is on the line. To be honest, life is hard enough; job, family, immigration status. You really have to choose your battles,” Wong said.

He shared his experience of working at a biotech company, where 20 percent of the employees were Asians who worked long hours, and sometimes came in on weekends. Yet 70 to 80 percent of the people who got laid off from the company were Asians.

“It was just so obvious. Asian Americans are so voiceless. You can do whatever you want with them. I’m just so fed up with this,” he said. 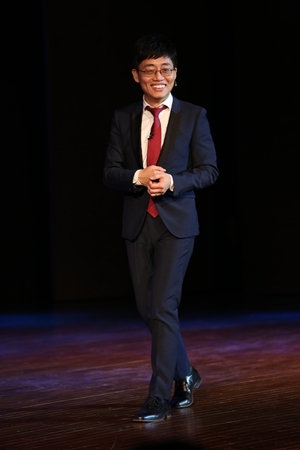 Fight your own battle“During the coronavirus you hear so much debate among politicians, congressmen, the president. They talked for weeks. But then you looked at Wuhan, they built a hospital in like ten days? They are solving problems,” said Wong.

While he thinks it can be part of the Asian character to do more and talk less, it’s hurting Asian Americans right now.

Wong also started a hashtag on Twitter, “StandUpForAsians,” to invite more people to fight against racism.

“I’ve lived in America for 20 years. Things are not getting better. That’s the problem,” he said.

Not many of his fellow comedians have shown support for him in fighting racism amid the pandemic. Beyond that, Wong also pointed out Asian racial slurs have been repeatedly used in live comedy, and most people are fine with it. When he protested recently, some white comedians would come over to Wong and explain why he should understand the context behind using these slurs on stage.

“It’s the same as 10 years ago, when comedian Gary Gulman called me ‘Chinaman’ from the stage… At that time, none of the other comedians came to support me at all. That’s something I learned from my experience. If you want to speak up against racism against Asians, you’re on your own.”

Hamstring injury to sideline Eden Hazard for at least 3 weeks